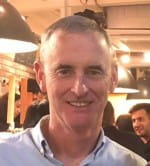 John works at the Prosthetic Rehabilitation Unit in Stanmore as a senior NHS prosthetist. Initially trained as a metalworker at (Hanger) Roehampton, later training as a Prosthetist. From 1997 involvement in the Transfemoral Osseointegration clinical trial led by Kingsley Robinson using the Swedish Branemark system. His work has been published and presented at national and international conferences. Through his research he achieved an MSc in Applied Instrumentation Systems at the University College London in 2006.

John is always striving to achieve best practice in the field of prosthetics. He is a member of National Working Group for NHS England Prosthetic Service Review. He is Chair of the Intra-Regional Prosthetic Audit Group (IRPAG+) which is a group that reviews and audits the current practice of the member NHS Prosthetic Centres. He was Secretary for ISPO until taking on the Vice Chair position and is now honoured to be Chair of this important national organisation.

Steve Seccombe is UK General Manager for Clinical Services at Blatchford Clinical Services and is responsible for overseeing the management of all clinical service contracts across the UK. Steve remains a practising clinician and holds an MSc in Clinical Biomechanics. 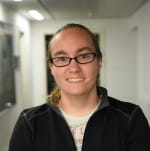 Alix trained as a Medical Engineer at the University of Bath (2008-2012) before undertaking a PhD at the University of Salford (2014-2018) concentrating on the reasons some people struggle to control upper-limb myoelectric prostheses. As part of this research, she published a number of papers relating to the objective assessment of everyday prosthesis wear and use using activity monitors. She now works as a Postgraduate Researcher in the field of upper-limb prosthetics as part of a Global Challenges Project to develop a ‘fit for purpose’, affordable, body-powered prosthesis.

Alix is especially keen on collaborative, multi-disciplinary research, and engages with many aspects of University life. She is co-Chair of the University’s Health and Society Early Career Researcher Group, and has been heavily involved in the development of the Human Movement Technologies and Rehabilitation Research Group within the same school. In 2019 she was involved in the organisation of the Trent International Prosthetics Symposium (TIPS/ISPO/BACPAR Joint meeting) as the Early Career Chair. 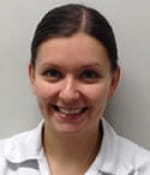 Laura graduated from the University of Strathclyde in 2009 and worked for several years in London before returning to Scotland to lead the Prosthetic Team at WestMarc in Glasgow. Laura has a keen interest in trans femoral prosthetics including socket design and microprocessor knees and has presented at ISPO meetings on this topic. She also works closely with Strathclyde University assisting in research projects and is involved in the training and education of final year prosthetic students. clinical experience involves working with children and adults with varying levels of limb loss in an acute and out patient setting.

Dave joined the British Army in 2008, commissioning into the Corps of Royal Engineers and deployed to Afghanistan in 2010 as a Royal Engineer Search Advisor. In February 2011 Dave lost both of his legs to an IED blast. Dave used sport as a catalyst for his recovery and has competed at the Warrior Games, Invictus Games, IPC World Championships and the Paralympic Games; winning medals in all competitions. Dave gained his PhD in Amputee Biomechanics at Imperial College, London and is currently a Business Development Engineer in the Department of Bioengineering, working on appropriate prosthetics' technology.

Dave is a trustee of the Invictus Games Foundation, the Explora Scholarship Fund, and the ADVANCE Study Charity. He is the Veterans’ Advisor to the Centre for Blast Injury Studies, an Honorary Fellow of the University of Hertfordshire, and is the co-chair and founding member of the CASEVAC Club. Dave is married to Hayley and has two daughters. He was awarded the MBE in 2014 for services to the military. 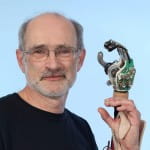 Professor Peter Kyberd has a degree in Science from Durham University and a Masters and a
PhD in engineering from Southampton University. During the 1990s he worked at the Oxford Orthopaedic Engineering Centre (part of Oxford University), where he was involved in a range of orthopaedic related projects. He created the first prosthetic limb to be controlled by a microprocessor which was worn in the field by a patient. He was also part of the team that created the first prosthetic arm that was controlled via a communications bus and has been worn by users in the field since the late nineties.

From 2000 Peter was a lecturer at Reading University, where he was part of a team that performed the first implant of a bi-directional nerve sensor on a healthy human being. In 2003 he took up a Canada Research Chair at the Institute of Biomedical Engineering, University of New Brunswick, Fredericton.

Peter was on the organising committee of the ISPO World Congress in Vancouver in 2007 and was the chair of the Myoelectric Controls (MEC) Symposia at the University of New Brunswick in 2005, 2008 and 2011. He has also played an integral part in the Canadian ISPO national members meetings 2011, 2013 and 2015, and has chaired two international conferences on Upper Limb Prosthetics - in Canada, MEC (Myoelectric Control Symposium), and in the UK, TIPS (Trent International Prosthetics Symposium). 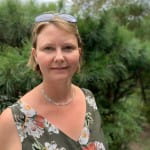 Morven graduated from the University of Strathclyde in 1996 and initially worked as a prosthetist for Blatchford in Newcastle. After three years she transferred to the Royal National Orthopaedic Hospital, Stanmore where she worked as Clinical Lead Prosthetist within a multi-disciplinary team environment. She now works as an Academy Clinician with Otto Bock.

Morven's specialist interests are paediatrics, osseointegration and upper limb. She has presented research papers on all three subjects extensively, at both national and international level 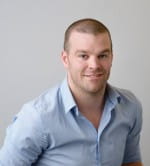 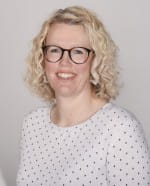 Chantel is a consultant clinical academic at Portsmouth Hospitals University Trust. She has over
20 years’ experience in the NHS as a specialist physiotherapist working with patients following lower limb loss and currently leads the therapy team at the Portsmouth Enablement Centre. As
well as working with the ISPO UK exec, she is also the research officer for BACPAR, and the clinical lead for the People Powered Prosthetic research group at the University of Southampton. She is currently undertaking her PhD exploring outcome measurement in clinical practice and is passionate about real world research that improves clinical care for our patients. 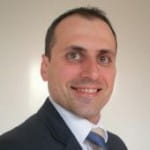 Dr Imad Sedki is currently part of the small minority of doctors in the UK who dedicate their full-time career to working with amputees and people with congenital limb deficiencies. He works at both the Prosthetic Rehabilitation Units in Stanmore and Luton and chairs the Special Interest Group for Amputee Medicine in the British Society of Rehabilitation Medicine. He is also one of two convenors for the Advance Amputee Rehabilitation Course which is held annually in Stanmore, and an active member of the Inter-Regional Prosthetic Audit Group which includes 9 Prosthetic Centres in the South East of England.

Imad studied medicine at Damascus University, graduating in 1997. He obtained a Masters degree in Orthopaedic Surgery from Dundee University in 2002, and gained membership of the Royal College of Surgeons of Edinburgh in 2004. He then joined the North London Training Programme for Rehabilitation Medicine in 2006 and became a consultant in 2010.

Dr Sedki is a member of the British Society for Rehabilitation Medicine and ISPO. He can be contacted at imad.sedki@rnoh.nhs.uk 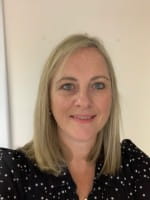 Alison has worked for Blatchford since 2001 having graduated from the NCTEPO Strathclyde University as a Prosthetist/Orthotist in 1996. Her career started in Dublin followed by the Isle of Man and Sheffield. Alison is currently an Area Manager for Blatchford where she is responsible for the effective delivery of clinical services in the Sheffield and Pennines Area including M&SRC, Sheffield Teaching Hospitals, Sheffield Children’s Hospital Orthotic Service and more recently within some Wheelchair services. Alison has a strong focus on performance ensuring service development aligns with quality patient care. Whilst primarily managing services Alison has remained patient facing and is dedicated to providing high quality patient care, and outcomes. Since 2017 Alison has led the MPK patient pathway in Sheffield.

Alison is also a partner for the Health & Care Professions Council (HCPC) UK. 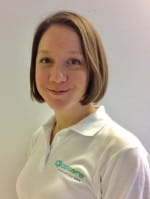 Sioned has worked at Queen Mary’s Hospital in Roehampton since 2014, working her way from Graduate to Senior Prosthetist. Sioned coordinates the prosthetic care for the inpatient service, and works closely with the MDT to manage the often complex needs of these patients. She has been Secretary for the Inter Regional Prosthetic Audit Group (IRPAG+) since 2018 and helps to organise the well-attended meetings three times a year. Sioned has presented at both National and International ISPO meetings and has a special interest in multiple limb loss. 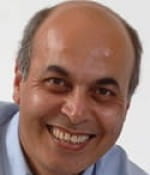 Saeed Zahedi is widely recognised as one of the leading designers of prosthetics. A Fellow of the Royal Academy and Institute of Mechanical Engineers, he is currently Technical Director of Blatchford. Along with his team at Blatchfords he was a finalist in the 2010 McRoberts award achieving Blatchford's 4th Queens Award for Technological Achievement. Sir Saeed has been a visiting Professor at the University of Surrey for over ten years and is a member of ISO, CEN and IEC Working Groups. An author and presenter of over 125 papers, books and scientific publications, he has won prizes for scientific papers including 5 BLESMA awards, IMechE Special Needs and the ISPO Forchheimer Prize as far back as 1989 for his PhD work conducted at Strathclyde University.

Professor Sir Saeed was responsible for commercialisation of first Intelligent Prosthesis in early 1990s and currently works with his team on the development of an advanced integrated prosthesis utilising microprocessor control ankle/foot and knee joints for lower limb amputees aiming at increased efficiency and independent living.

He was awarded an OBE in 2000, received the BHTA life time achievement award in 2013, and was knighted in the Queen's Birthday Honours 2017 "for services to Engineering and Innovation”. Now Immediate Past Chair of ISPO UK Member Society, Professor Sir Saeed remains actively involved in the ISPO UK Committee as well as the wider activities of ISPO International.